It all began in France in the XVII’s century, in the immense oak forests where the most prized woods were taken to construct the vats for the aging of the Masi Costasera Amarone.

After having hosted the Amarone thoughout its aging process, the barrels were dismantled and the staves salvaged. After a process of cleaning and re-qualification, they were brought back to life. These antique vats live on, this time as a special line of watches, unlike any other in the world. 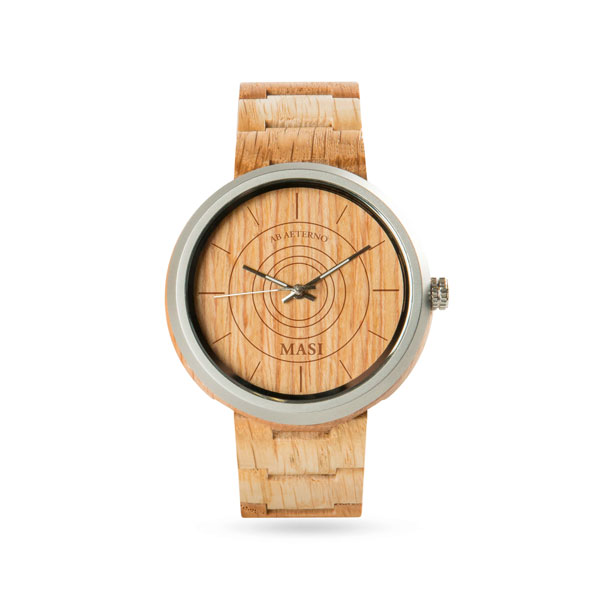 The partnership between AB AETERNO and Masi, a Veronese winegrower and leader in the production of Amarone, was first born out of a relationship based on esteem and a shared vision of the local identity.

The Made in Italy promise is coupled with the concept of time. After all it’s time that sets each AB AETERNO timepiece in motion, as in the aging process of wine. The exclusive watch specially-made for Masi encloses those same values in a fascinating union, fusing the worlds of watchmaking and viniculture.

No products in the cart